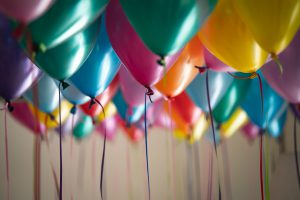 Last week marked the 23rd Anniversary since the official formation and filing of corporation papers with the Kansas Secretary of State’s office on August 23, 1996.

The other two original co-founders and I came to an agreement to form this company shortly before that date, sitting while sitting in a coffee shop in Topeka, KS. We had a prototype of the original LMS system that a bank had been using for about a year, and decided that it was ready to go to market and commercialize.   One of the co-founders and I had worked together at a bank in the Ag and Correspondent Banking department. Because of our correspondent work over 15 years, we had a number of trusted bank connections across the state of Kansas that proved valuable to our early launch. We were able to get Suntell off the ground with some early sales and installations as a result.

The three of us worked from an open office space in Topeka. One did the programming in Microsoft Access and I did the sales and training. Every day, I would come in and get a new copy of the LMS and hit the road, hauling around a laptop and a 25-inch CRT monitor. I would stop in at various banks to do demos.
It seemed invariably that the demo room was always either upstairs or downstairs and I would need to haul the heavy monitor around. Since each day the LMS was a new version, new features were first seen by me during a demo. Sometimes it would be asked “What does that button do?” I would click it and say “Let’s find out!”

When I would make a sale, I would haul 4 desktop PCs with all of the monitors, keyboards, etc. out in my Green Bonneville Pontiac Hornet to the banks and stay on-site for a week, training users. In the late 90s, the first day was spent on how to use a mouse (right and left click), and basic Windows training and navigation.  Times have certainly changed!

I want to acknowledge and thank those that had such a long and lasting impact on our company. Our board has had a key role in investment and advising over the years, and many of our staff have played important parts in our company’s continued success across the departments of management, sales, development, and service. We have a bright future ahead when I take into account our people, our product, and the customer base we have generated over the years. Cheers to many more years to come!

Offered the first and third Wednesday of each month, these are free live webinars on specific topics.  Each session is approximately 30 minutes in length and conducted by a knowledgeable training specialist, with time at the end of the session to ask questions.  Log-in to our Support Portal for information on how to join and upcoming topics.  Click here to register for sessions You must be a current Suntell customer to attend.